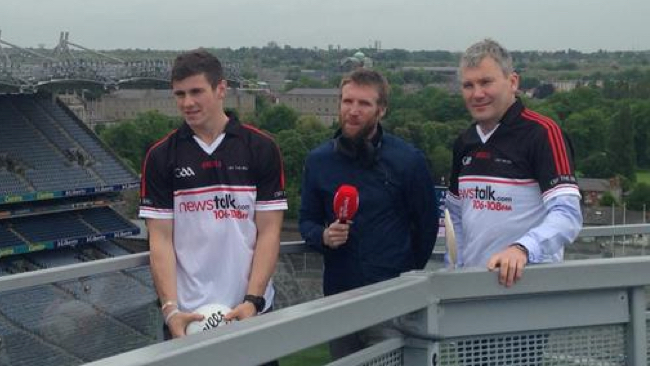 New panel members for Newstalk’s Off The Ball

Newstalk 106-108 FM has launched its coverage of the 2015 GAA All-Ireland Senior Championships with three new additions.

Joining the team to offer their opinion and analysis on the 2015 GAA All Ireland Championships will be former Mayo football manager James Horan, recently retired Kilkenny hurler Brian Hogan as well as the Tipperary legend Eoin Kelly.

This is the station’s fifth year covering the GAA and Newstalk’s sports editor Adrian Barry says: “We are always excited when Championship season comes around; it is one of our favourite periods of the sporting calendar. Every member of the Off the Ball team lives and breathes football and hurling, and we have secured another all-star panel that will help us deliver the very best GAA coverage.

“Throughout the 2015 season Off the Ball will be broadcasting seven days a week, supported by live reports and commentary from Championship games, bringing keen insights and analysis to provide listeners with the best coverage on radio and on Newstalk.com.”

Speaking at today’s launch, Aogán Ó Fearghail, President of the GAA, said, “Newstalk is an important media partner of the GAA, and their coverage of our Championship games is comprehensive. Newstalk delivers media coverage of the highest standard, and we look forward to continuing our relationship for the 2015 Championship.”