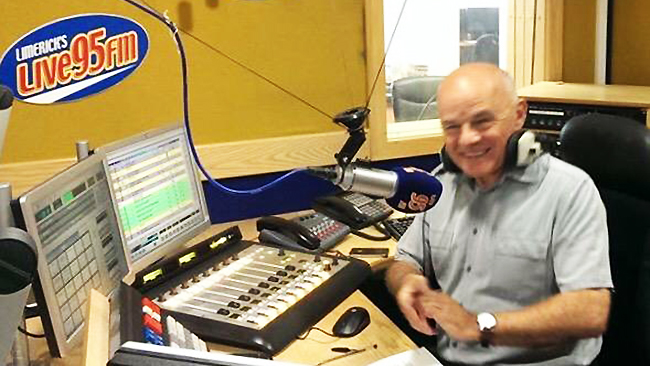 Mickey Mac is back… on Limerick’s Live 95FM

Former RTÉ 2fm superstar Mickey – real name Michael McNamara – covered the “Weekend Mix” programme today on Limerick’s Live 95 and will be back on the station again next weekend.

This afternoon the station’s Programme Director Gary Connor told RadioToday: “I’m delighted to have a DJ of Mickey’s calibre covering some shows over the summer – and to hear it’s been one of the items in Mickey’s ‘bucket list’ for a long time! It’s great to have Mickey ‘larging it up’ on Live 95FM!”

Micky Mac – whose son Conor is a sports commentator for BBC Radio 5 Live and BBC Television’s Match of the Day – was one of the country’s best known national radio jocks during the 80s and 90s, spending over 2 decades at state-run RTÉ 2FM, where his main focus was dance music.

He joined Limerick-based RTÉ lyric fm in 1999, and stayed there until 2004. 8 years later, he began a Friday night show “The Friday Night Collection” on Clare FM.

Mickey will return to fill in on “Weekend Mix” (11am to 2pm) again next Saturday on Limerick’s Live 95FM.