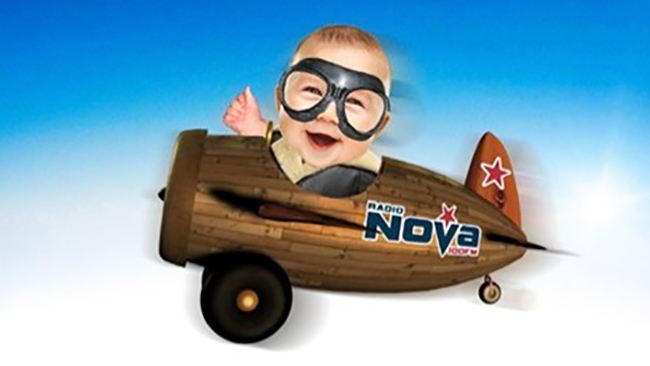 Nova back in Bray for 3rd Air Display broadcast

Dublin-based rock station Radio Nova has announced that, for the third year running, it will broadcast the Bray Air Display live this coming Sunday, July 19th.

The Bray Air Display is Ireland’s largest air show, attracting over 85,000 people to Bray every year. It is run each year as part of the ever-popular Bray Summerfest.

Radio Nova’s Dee Woods & Marty Miller will broadcast live commentary from the Air Traffic Control Tower, to be located at Barracuda Restaurant, for the duration of the Air Show, from 1pm to 5pm on the day.

This year, the Air Display kicks off at 2pm and is expected to the best ever, with the Swiss Air Force leading the event in their supersonic jet aircraft. In addition, The Black Knights Defence Forces Parachute Team will make a return, along with other crowd favourites such as the Irish Defence Forces, the Strikemaster, the Hawker Hunter, the vintage Aer Lingus Iolar and the MIG 15.

As part of the Air Display, NOVA’s listeners are voting all this week to choose flying-related songs. The songs will then form the musical soundtrack that will play simultaneously both on-air on Radio NOVA and to the spectators of the Air Display on Bray Seafront during the Display.

In a further development, NOVA will set up a special, pop-up digital radio channel, NOVA Air Display Radio, which will broadcast the full live commentary from the show, as well as the live Air Traffic Control feed.

The ‘pop-up’ radio channel will be available on NOVA’s smartphone app and website. The station’s mobile app is amongst the most popular radio app in the country, with more than 250,000 users.

The station’s CEO Kevin Branigan told RadioToday: “We’re really looking forward to this year’s event. We’re going to provide the soundtrack to almost 85,000 people at Bray this year and be the primary means for those both at Bray and further afield to hear live commentary on the Air Show and get a sense of the excitement in the town. We’ll also provide additional content to our listeners both at Bray and further afield through an innovative use of our digital radio channels”.

Nova broadcasts 8 unique radio channels including NOVA 60s, NOVA 70s & NOVA 80s via the NOVA smartphone app, which they say is being used by 250,000 people.