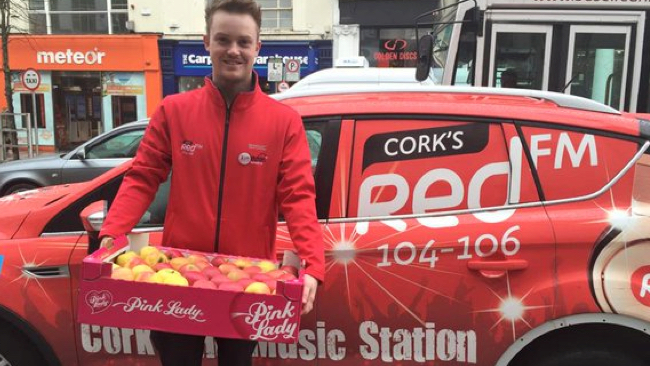 Red FM gives away a thousand Apples in Cork!

Red FM has been on the streets today giving out 1000 apples after news broke yesterday about Apple bringing 1000 jobs to the city.

Programme Director Keith Cunningham told RadioToday: “We wanted to give out 1000 iPhone’s but ya know, fruit is a little more on budget, also you can’t eat an iPhone. Our patrollers and presenters were at traffic junctions across Cork handing out Juicy Red Apples to celebrate 1000 new jobs announced at the Apple Plant here in Cork, it’s incredible news for the City”.

Apple announced the news as CEO Tim Cook visited the European headquarters in Hollyhill. 1,000 new jobs will be created by mid 2017 with plans for a new building at Hollyhill too.