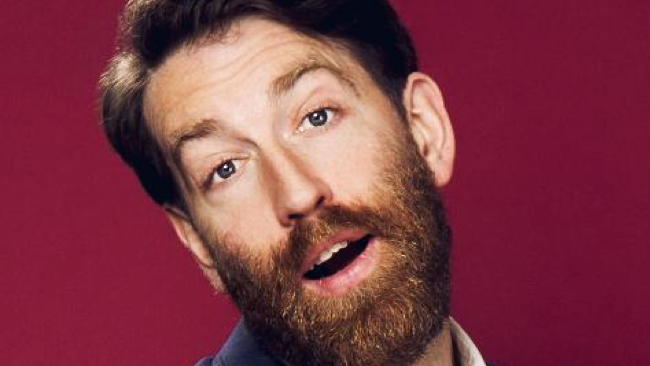 The Book of Irish Mammies author will have two programmes – airing over the May and June Bank Holiday Mondays, with the first airing Monday 2nd May at 1.30pm.

The shows will give listeners a glimpse into the Cork comedian’s peculiar way-of-thinking, focusing on one of Ireland’s most diverse and entertaining elements: our use of language.

“Irish people have a funny way of talking,” says Colm, “and I’ve always been fascinated with words. I love the sounds of them, am intrigued by their meanings, and constantly mesmerised by the accents we say them with!”

Colm O’Regan Wants a Word, which has been recorded in front of a studio audience, feature live sketches from comedic actors Paul Tylack and Tara Flynn, and digs up some linguistic gold from deep down in RTÉ’s sound vaults.

Colm O’Regan Wants a Word was staged live at the Project Arts Centre as part of Comedy Showhouse. Earlier this year, RTÉ Radio 1 and Sideline Productions produced Comedy Showhouse live at the Project Arts Theatre in Dublin. RTE Radio 1’s first radio comedy festival was funded by the Broadcasting Authority of Ireland with the television licence fee. The series was produced by Billy McGrath, edited by Eoin Sweeney, and with sound supervision by Mark Dwyer.

Producer Billy McGrath says: “The live recordings at the Project Arts Centre were a revolution in Irish radio comedy. The shows are original and innovative and we are confident that RTÉ Radio 1 listeners will enjoy and appreciate the passion and hard work that has been invested in the series both in front and behind the mic.”