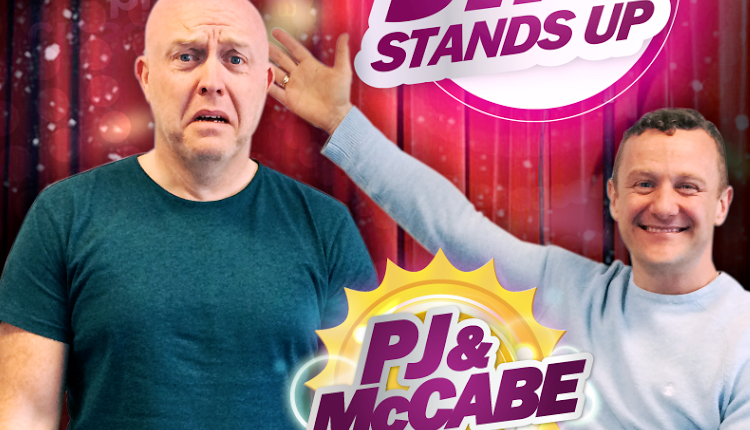 Jim has, in his own words “been bullied” into doing the one thing that frightens him more than anything in the world by co-host PJ Gallagher.

Speaking about his impending stand-up support routine, Jim said; “I once jumped out of a plane which frightened the life out of me. That fear doesn’t even compare to what I’m feeling about supporting PJ Gallagher. I’d jump out of a plane 10 times in a row instead of this. I’m terrified!”

So far, Jim has had advice from comedian Des Bishop, Neil Delamere and Eric Lalor.

Des told Jim that he will probably “poo himself” before going on stage but that he will be fine. He advised him to make a joke about being bald and being on the radio!

Neil Delamere said; “We forget how terrifying our first gig was and we have all died on our hoop at some stage, it will be nice to see someone else die!”

Eric Lalor, who is PJ Gallagher’s other support act on the night told Jim to act confidently or else the audience will cringe. You can see the video of Eric and the lads here –

Speaking about the gig, PJ said, “I feel a bit bad because he’s so petrified but he’ll be grand! I’m helping him through some material and I’m sure the crowd will get behind him. If they don’t, I’ll just drag him off the stage!”