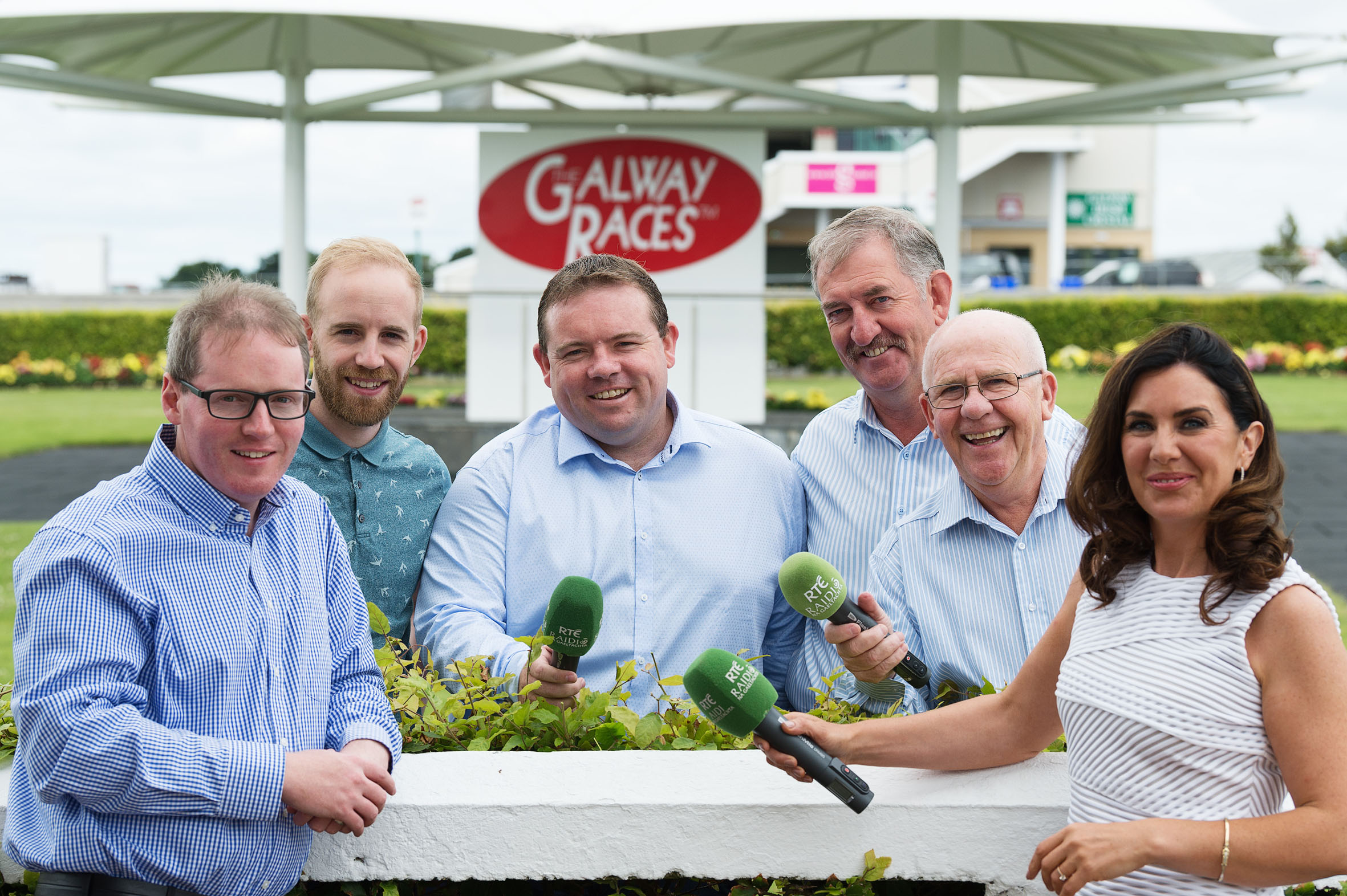 RTÉ Raidió na Gaeltachta launched its coverage of The Galway Races earlier this week, broadcasting live from Ballybrit for all the races from Monday to Thursday.

The programmes will be presented by Eibhlín Ní Chonghaile from the RnaG roadcaster, An Ródaí, which will be track-side in Ballybrit for a bird’s eye view of the finish line. Commentator Seán Bán Breathnach will be bringing listeners all the live action.

Paddy Beag Ó Gríofa from the RnaG sports team will be down at the Parade Ring, and out and about in the crowd to gather all the gossip, and listeners will get betting advice and tips from Mánus Ó Conghaile and Cárthach Bán Breathnach.

Seán Bán Breathnach said: “My first trip to the Galway Races was in the early sixties and I’ll never forget it, because the horse that won that year was Carraroe and everyone had been talking about it for weeks beforehand. My all-time highlight, though, from all my years going to Ballybrit so far was in 1996 when Life of a Lord won the Galway Plate for the second year in a row. It was magical, and I remember us dancing around Spiddal in the early hours of the following morning, and Charlie Swan saying that it was the biggest celebrations he’d ever seen.”

“This year will bring its own memories, I’m sure. I’m really looking forward to seeing some of our world-class female jockeys in action, the likes of Rachel Blackmore, Kate Harrington, Katie O’Farrell and Lisa O’Neill, and hopefully there’ll be some winners amongst them.”

The Galway Races 2018 will be broadcast live on RTÉ RnaG from Monday 30 July to Thursday 2 August, with coverage starting at 5.05 pm from Monday to Wednesday, and at 2pm on Thursday.