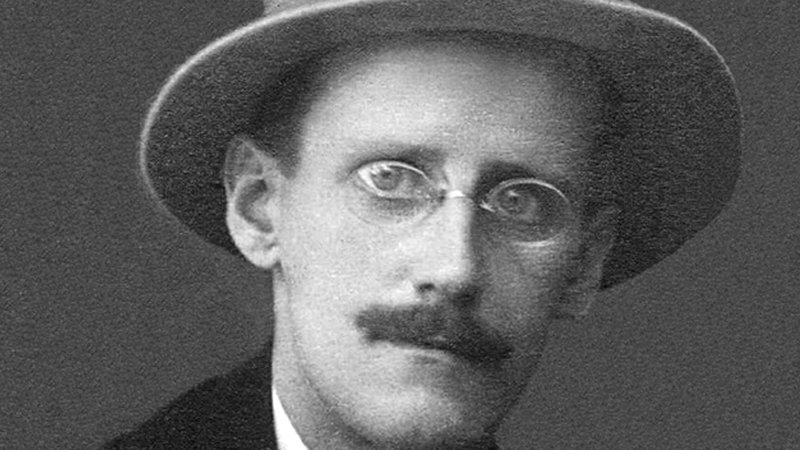 RTÉ is planning on marking 100 years since the publication of James Joyce’s Ulysses next month.

There will be special prgrammes on Radio 1 and lyric fm, and across television and online.

One hundred years ago, on February 2nd, 1922, James Joyce’s Ulysses was published by Sylvia Beach in a small bookshop in Paris. The book, which consumed 7 years of Joyce’s life, would transform our culture and literary world.

Here are some of the radio programmes covering the celebration:

Marking the centenary of Ulysses by James Joyce on Sunday Miscellany, Fran O’Rourke unearths a recording of Joyce’s favourite Greek song and Lorna Siggins traces Joyce’s footsteps in the French village of Saint-Gérand-le Puy, where the family lived from 1939-1940. Producer, Sarah Binchy .

Highlighting the worldwide significance and influence of James Joyce’s novel Ulysses on other writers, Book on One features the award-winning novel ‘the house on eccles road’ by Canadian writer Judith Kitchen. It is read by the author. In the novel it is June 16th, 1999, in Dublin, Ohio and it is Molly and Leo Bluhm’s wedding anniversary.

They wake up together and go on to spend the day apart. Their life echoes that of Molly and Leopold Bloom, who in Ulysses lived at 7 Eccles Street, Dublin in Ireland, almost a century earlier in 1904. Judith Kitchen weaves an enthralling tapestry of a single day, an ordinary day, yet a day that might change the lives of Molly and Leo Bluhm forever. Producer, Clíodhna Ni Anluain .

Finnegans Wake – Suite of Affections is a new work from Roger Doyle who has composed musical settings for a selection of extracts from Finnegans Wake voiced by actors including Aiden Gillen, Barry McGovern, Olwen Fouéré and Thibaud Empey.

Much as the text does, Doyle’s work moves between different styles and registers. Bernard Clarke plays selections from the album, which will be released later in February at the Centre Culturel Irlandais in Paris. Clarke also revisits an archive interview with Barry McGovern on Joyce’s use of music and song as a literary device within Ulysses.

In 1907, the year of its publication, Palmer wrote to Joyce asking permission to set some poems from Chamber Music. Joyce enthusiastically received the ten songs he was sent and wrote: “I hope you will set all of Chamber Music in time” and “I shall be glad to hear from you and to know that your delicate music is meeting at last with the appreciation it deserves”. Joyce tried to arrange publication of the songs on several occasions, but Palmer was hesitant, and it never happened.

Born in Staines in 1882 (the same year as Joyce), Palmer moved to Ireland in 1910 and lived in Sandycove with his sisters who ran the Rathdown School in Glenageary. The songs seemed to have been lost until a researcher Myra Teichel Russel found them at Southern Illinois University, Carbondale in 1981. She discovered that after Palmer’s death in 1957, a Joyce collector Dr Harley Croessmann bought the Chamber Music manuscripts from his sisters for $56. He eventually gave them to Carbondale. Russel published the songs in 1993.

Commenting on the programmes, Ann-Marie Power, Group Head, Arts and Culture, RTÉ said: ”I’m delighted to see such diversity of coverage across RTÉ to salute this important centenary. It reflects its endurance that a century later Ulysses continues to conjure fascinating new interpretations of itself, and new ways for us to see ourselves.

“As a young man Joyce felt out of place in his country. The Ireland he determined to leave, wasn’t changing at the pace of his imagination. By the time Ulysses was published Joyce was forty.

“Ireland was grappling with its new status in the world, a precarious, compromised state of independence. Who would James Joyce’s equivalent be today? What would they be saying? Where would they be leaving and heading? RTÉ programming stimulates such questions. As we look back to Joyce and the world that he created and lived they are as provocative and relevant as ever.”