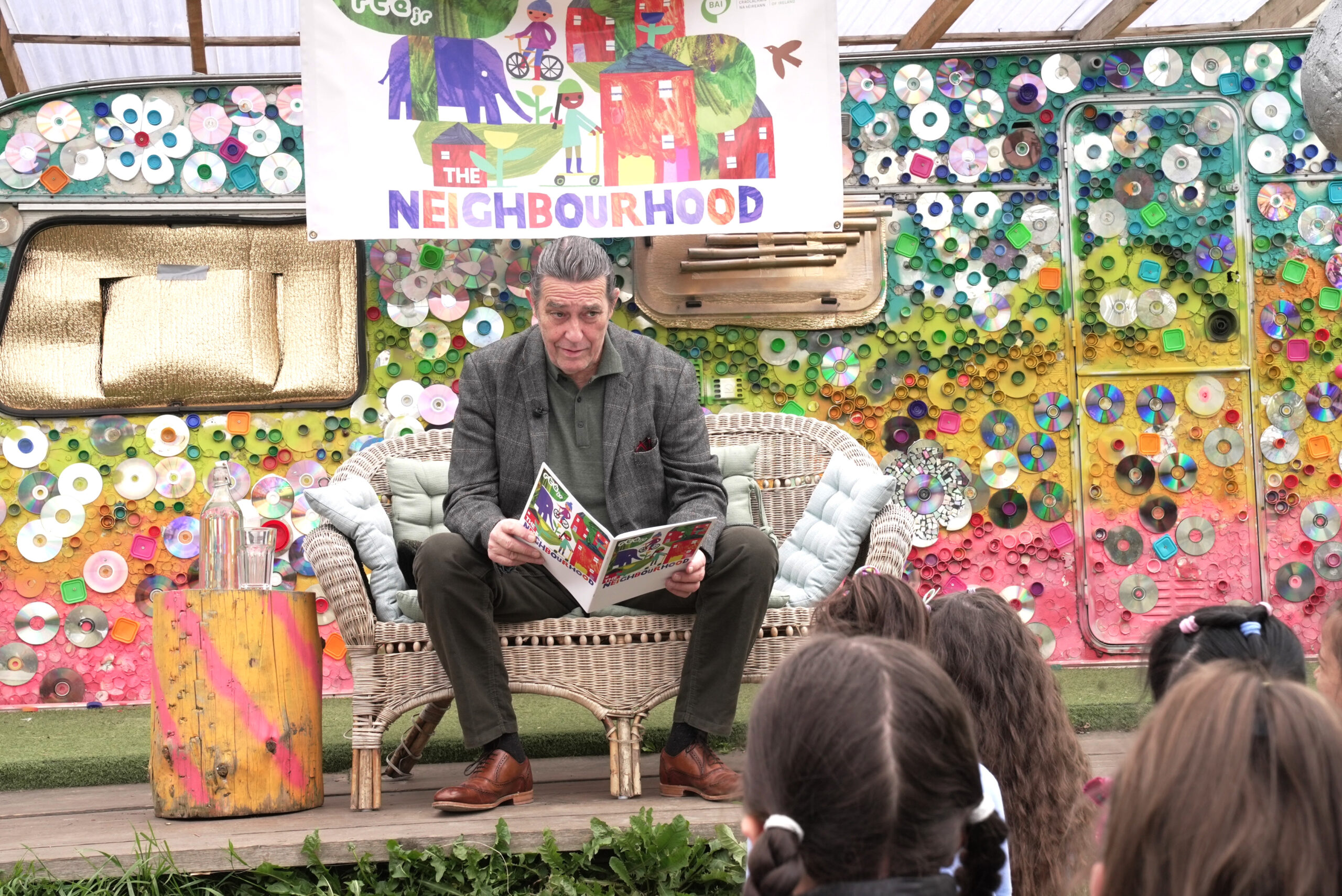 Actor Ciarán Hinds is lined up to narrate a brand-new children’s podcast series for RTÉjr Radio.

The Neighbourhood is a nine-part series for younger children, and centres around a group of kids whose neighbourhood is their kingdom, a leafy place of play and imagination.

Throughout the series, the narrator (Hinds) shares stories about kindness and bravery that children find in themselves.

The Neighbourhood is written by playwright and novelist Philip Davison, and this is the first work that Davison has written for children. The series is produced by radio maker and teacher, Brian Kenny.

Nicky Coghlan, Producer RTÉjr Radio, said: “We’re delighted that an actor as fine as Ciarán has taken part in a show with RTÉjr Radio. His voice and delivery have helped create fairly magical little stories that feel utterly timeless. This is also the first time Philip Davison has written for children and it’s clear he’s channeling the childhood we all wish we had.”

Ciarán Hinds said: “My friend from a long time ago, Philip Davison, wrote these stories for kids and he asked me if I might be interested in recording them for the radio. I read them and they were really touching and quirky, so I recorded them , and today I’ve come back to read one of them live to a group of seven-year-olds!”