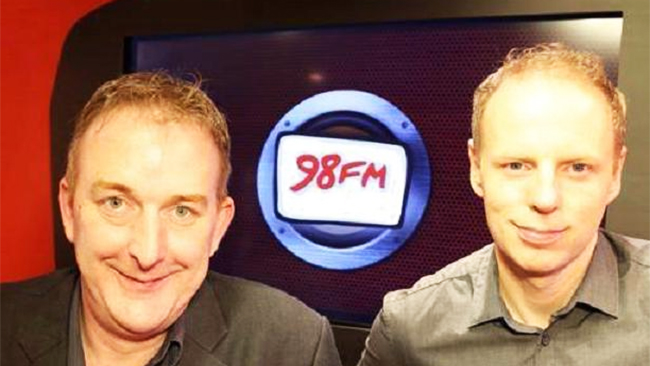 Jeremy Dixon, co-host of 98FM’s “Dublin Talks” daytime chat show, has opened up about his 4 year ‘stalker hell’ which has prompted him to contact the gardaí.

The 40-year old presenter contacted the authorities after the female social media user posted pictures of him as a child on her Instagram account. Dixon claims the same woman also sent tweets to nightclubs where he has worked as a DJ, accusing him of being on steroids and even once set up a twitter account pretending to be his wife.

Speaking to The Irish Sun, he said: “When I saw this woman had pictures of me as a child on her Instagram, that was the last straw. I had to go to the gardaí”, adding “this woman has set up 40 different twitter profiles to harass me – as soon as I block her on one, she creates another – it’s endless!”.

The 98FM presenter insists that Ireland’s stalking laws need to be changed because he believes his reputation has been challenged by the woman’s bizarre claims. He also says that the radio station have taken the precaution of increasing security, and he hopes that the woman will soon be interviewed by gardaí.

He said: “This is an increasing problem for people using social media. You don’t know who might be accessing your private pictures and what they might be doing with them. I’ve continually told this woman to stop bothering me and it’s got worse and worse. Now the matter is with the gardaí.”

This afternoon, speaking to RadioToday.ie, Jeremy added that he’s quite serious about the situation and, now that he’s gone to the authorities, if the woman doesn’t stop harassing him, he will have no problem moving ahead with legal proceedings through the courts.

Jeremy Dixon presents “Dublin Talks” from 10am to 12 mid-day each weekday with Adrian Kennedy on 98FM, and the show is repeated nightly at 10pm. The pair joined the station earlier this year after leaving FM104’s Phone Show, which they had presented together for 16 years.