Liam Brady to feature on Near FM football series 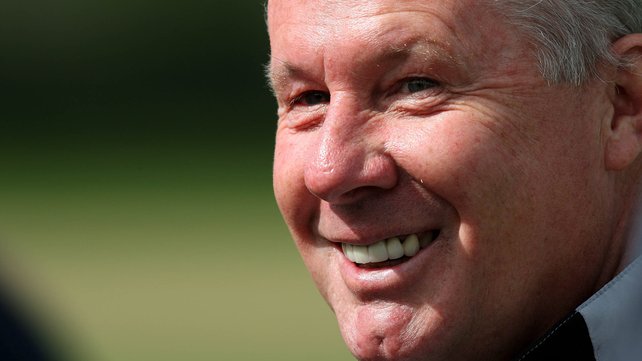 Irish soccer legend Liam Brady is to feature in a local football history series on Dublin community station Near FM.

Brady – who was once assistant manager of the Republic of Ireland football team, during Giovanni Trapattoni’s reign as manager, and who is a frequent contributor to RTÉ Televisions football coverage – hails from Whitehall in Dublin.

In the Near FM programme, he tells the story of the beginning of his football career with St.Kevins Boys.

St.Kevins feature along with Raheny United and Sheriff YC in the 3-part weekly series which was funded by the BAI Sound & Vision fund, and which first airs on Tuesday, December 2nd, featuring in Near FM’s weekly show Tuesday Night Sport which goes on air at 6.30pm

Producer Dave Hooper tells RadioToday: “It’s a great story about three local clubs that have really hit the big time. Raheny United only came into existence in 1994 and have twice won the FAI women’s national league and progressed in the champions league.”

He adds: “St. Kevins Boys have produced so many top players, such as Liam Brady, Damien Duff and current internationals Jeff Hendrick and Robbie Brady.. while Sheriff YC are probably the biggest name in junior football at the moment, winning back to back FAI junior cups.”

Hooper also said that he finds it “amazing how community-based these three big clubs were” and says that this series really captures that.

The soccer projects that he and his executive producer Paul Loughran previously worked on were honoured last year when the FAI awarded Near FM their “Local Broadcaster of the Year” award.

Here’s the promo for the series: