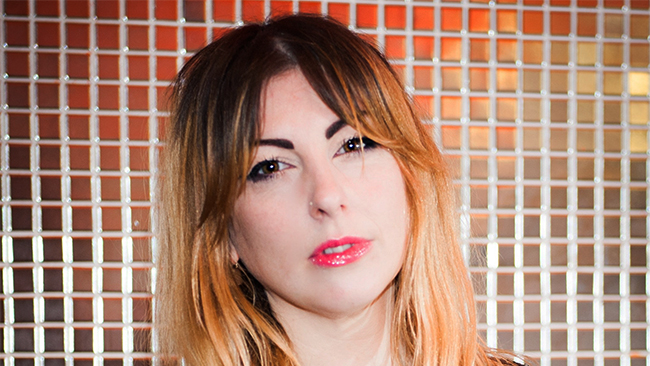 Radio NOVA is to launch a new weekly entertainment show as part of a strategic development of its content for 2015.

The show, to be entitled ‘Backstage’ will be presented by radio presenter & live DJ Sinéad Ní Mhórdha and will feature interviews with major artists on the national and international scene as well as live music sessions recorded at Nova’s studios in the Dublin Docklands.

The hour-long entertainment show will also include event, gig and movie updates and will air at 6pm every Saturday evening. Speaking about the new show, NOVA’s CEO & Programme Director Kevin Branigan said: “BACKSTAGE will be like a music magazine on the radio. We’re in the entertainment business, specifically the music end of it, and we want to bring the stories behind the music live on air. Be it an international act releasing a new album, an act visiting Dublin or one that we go abroad to talk to – GE will be all about bringing the stories behind the music to the radio. It will be a new forum for us to reach out to artists and performers and bring the stories to our 132,000 listeners”.

NOVA’s Saturday evening schedule will now feature BACKSTAGE from 6pm, with the popular ‘Saturday Soundtrack’, presented by musician Peter Devlin from band ‘The Devlins’, now airing from 7pm to 9pm.

BACKSTAGE will air for the first time on Saturday March 7th and will feature interviews with Mike Scott from The Waterboys, Joey Tempest from Europe and Rob Grote from The Districts.

NOVA’s Sinead Ni Mhordha said: “BACKSTAGE will be an all-encompassing music/ entertainment talk show which will bring together the different elements of the music industry; featuring interviews with major national and international acts, artists performing songs for live sessions along with informative updates of upcoming events and movies. Ireland has always been a breeding ground for remarkable talent and it is healthier now more than ever; we’ll be broadcasting the cream of this as well as reaching out to the flurry of talented artists visiting Ireland”.

Branigan added: “We’ve invested in our presenter lineup in recent months, developing our Morning Glory breakfast show, presented by husband and wife team Marty Miller and Dee Woods, our Work Day with Greg Gaughran and Pat Courtenay and our night-time with Sinéad Ní Mhórdha, who has previously worked with Phantom 105.2, Hot Press Magazine and ABC’s Triple J Magazine. We now intend to build on our success and connect more with artists and the music scene in general”.