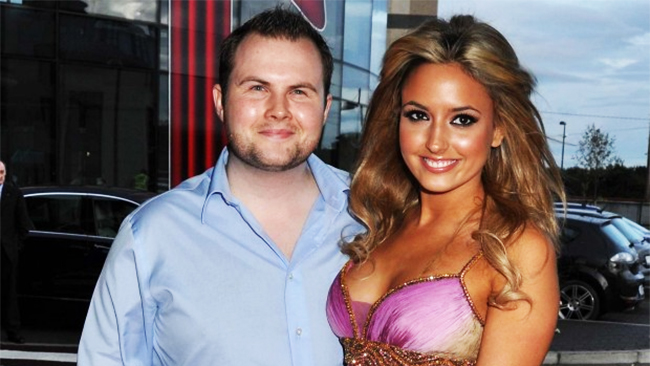 Dublin local station FM104 have denied a claim by model Nadia Forde that the station don’t play her songs because her ex-boyfriend still works at the station.

The 25-year-old, who made the claim to the Irish Independent, used to date Mark “Nobby” Noble – who presents FM104’s “Strawberry Alarm-Clock” with Jim-Jim Nugent, before she went out with Leinster star Luke Fitzgerald.

However an FM104 spokesperson has said that there was “no way we would let a former relationship affect our product” and, when asked about Nadia’s comments, added that her music isn’t the right “fit” for the station, saying “there is no ban on Nadia’s records at FM104. What we have are a team who look after the music and Nadia’s music might not fit with our play-list. We pride ourselves on backing and supporting Irish acts at FM104.”

Forde’s ex-boyfriend, the station’s breakfast co-host Mark Noble is also Deputy Programme Director and – significantly – Music Director, with senior responsibility for the playlist of songs used by the UTV-owned station.

Forde had told the paper that FM104 were “the only station in Ireland to never play my records”, adding “They don’t even talk about me! F**k it, I might as well be honest… They’ll probably love the press!”

Forde added that it was “weird” and said that BBC Radio 2 in the UK even played her new song ‘Stuck’. She also claimed that FM104 did not support her while she was appearing on the reality show “I’m A Celebrity Get Me Out of Here”, which is aired by the station’s owner UTV.

I think we'll play a @NadiaForde song on Dublin Talks on 98FM this morning!! We might even play two!

Nadia, who now lives in London, and recently admitted considering a Playboy photo shoot, last year said that there were “a lot of ‘I hate men’ songs” on her album, and added “I know people are quaking in their boots thinking, ‘Oh my God, is she going to bring that one out?”.

She is currently promoting her new reality show “Nadia: Chasing the Dream”, which follows her as she pursues her music career. It starts tonight at 8pm on 3e.