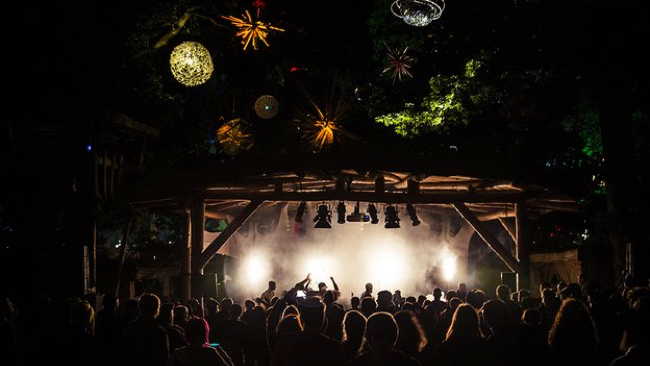 2fm brings back Play the Picnic with Oxfam

RTÉ 2fm is joining forces once again with Oxfam Ireland to launch the second annual 2fm’s Play the Picnic with Oxfam.

The nationwide competition will see 10 of Ireland’s up-and-coming acts win a live set at the Electric Picnic music festival. The search was launched this morning as Nicky Byrne and Jenny Greene broadcast from the 2fm Roadcaster with live music from last year’s winner, Matt McGinn, and finalists, Hare Squead and White Chalk.

Bands, solo artists, singer-songwriters, DJs, rappers, hip-hop artists and more are invited to submit a track that they think will bag them a spot on the Oxjam Stage line-up at Electric Picnic 2015.

After being whittled down to a longlist of 30 by a judging panel, the public will be invited to vote for their favourites.

The 10 highest-ranking acts, as voted for by the judges and the public, will then be added to the line-up for Oxfam’s Oxjam Stage at Electric Picnic, whilst one lucky act will be chosen to play at one of Electric Picnic’s larger stages, granting them even more exposure.

They will also win a masterclass with Festival Republic MD Melvin Benn on how to get festival bookings for your band; a masterclass with 2fm Director of Music and Sound, Mark McCabe, on how to go about approaching radio stations and obtaining airplay; a studio session with some of Ireland’s top sound engineers at 2fm’s studios; and have their song broadcast to the nation on 2fm.

Head of 2fm, Dan Healy, says: “Last year’s Play the Picnic was an enormous success and we’re very proud of our partnership with Oxfam; a partnership which we are thrilled to continue with in 2015. Giving talented bands the opportunity to make their mark on our musical landscape is something that 2fm is strongly committed to. Teaming up with the country’s biggest festival, Electric Picnic, is a very tangible way of supporting artists here in Ireland.”