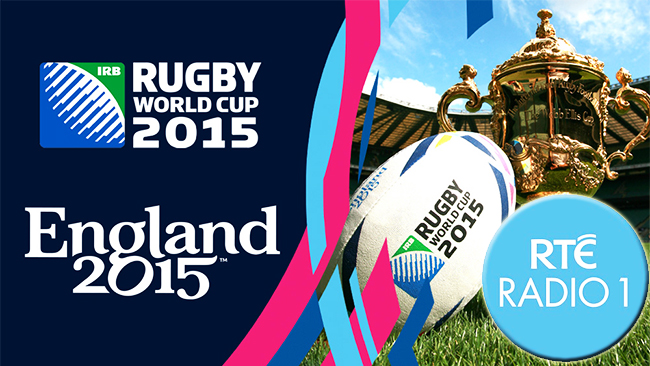 The broadcasts, sponsored by the National Dairy Council, begin this coming Saturday, when RTÉ Radio 1 will have full coverage of Ireland’s World Cup opening match as they take on Canada live from the Millennium Stadium in Cardiff.

RTÉ Radio 1 will be on the road and broadcasting a number of Saturday Sport and Sunday Sport programmes from various rugby clubs all around the country during the Rugby World Cup.

Michael Corcoran will be live in the commentary box throughout the tournament for RTÉ Radio 1 alongside a panel of experts including Donal Lenihan and Tony Ward. Ronan O’Gara, Shane Horgan and Bernard Jackman will also join the RTÉ squad for top analysis on a weekly basis across all our weekday programming on Radio 1 including Morning Ireland, Today with Sean O’Rourke, News at One, Drivetime and 2fm’s Game On.

“Rugby World Cup is the ultimate test for all teams taking part and I’m delighted to be part of the RTÉ Radio 1 team who will be at the heart of the action. Given the fact that Ireland have won back to back Six Nations, the excitement and expectation level is at an all time high. I’m confident that Joe Schmidt, Paul O’ Connell and the squad can deliver on that expectation and who knows what can happen!”