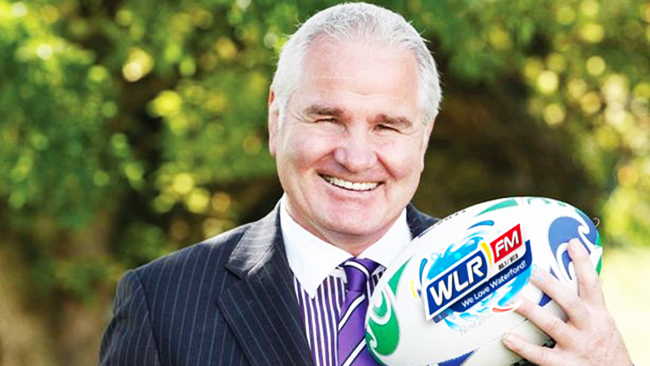 Rugby commentator Brent Pope has been announced as the latest addition to WLRfm ahead of the upcoming Rugby World Cup.

The popular pundit is not just known for his knowledge of rugby, but also his analysis, witty banter and love of music!

Popey will be checking in with Teresanne O’Reilly every morning on the Big Breakfast Blaa live from England for the duration of the tournament to present Popey’s World Cup. His analyisis will also be heard across WLRfm Sport daily.

Pope, who hails from New Zealand, famously came to Ireland ‘for three months’ 25 years ago and is one of Ireland’s best-known TV rugby pundits, having been part of the RTÉ television rugby coverage for over 15 years.

Every morning shortly after 8am, Pope will present ‘Popey’s World Cup’ with Teresanne O’Reilly where they’ll chat about the day’s biggest games, the results from the night before, and all the off-the-pitch-action from the Rugby World Cup.

WLRfm’s CEO, Des Whelan says he is “delighted to welcome Brent Pope to WLRfm and to have his input in WLRfm’s coverage of the Rugby World Cup. Brent’s incisive daily reports are sure to be a winner with WLRfm listeners”.

Brent Pope commented: “WLRfm is a great local station and I’m delighted to be part of their Rugby World Cup Coverage”.

“Popey’s World Cup” in conjunction with Deloitte begins live on WLRfm next Thursday 17th September, just after 8am.

Brent Pope will also be taking part in a new show on Radio Nova alongside Joe Harrington and Johnny Bowe for the duration of the World Cup.