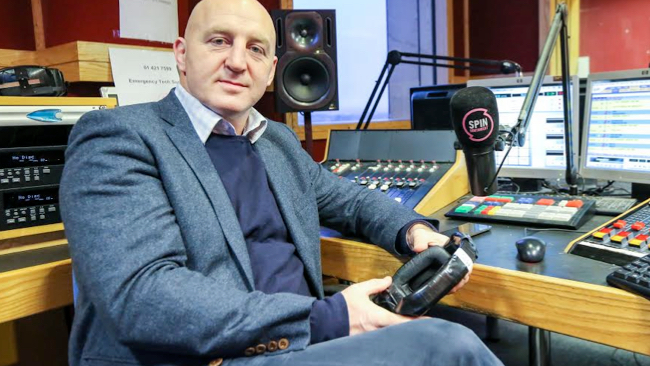 Former Irish international Rugby player, Keith Wood, has been appointed Chairman of the Spin South West Board this week.

Keith, a prominent figure in Irish Rugby and Clare native, replaces Liam O’Shea who recently stepped down to focus on other key projects.

The station says this appointment marks the start of an exciting evolution for the station which recently celebrated strong listenership figures in the latest JNLRs.

The former professional Ireland and Lions rugby player, who has his own consultancy W2 Consulting, holds an honorary doctorate from the University of Limerick for services to Sport and was the inaugural winner of the IRB World Player of the Year in 2001. Wood also sits on a number of boards that include Oreeco, Special Olympics Board of Patrons, University of Limerick Sports Arena and is Chair of Healthy Ireland Council.

Speaking about the appointment, Keith Wood said, “I’m honoured to be chosen for such a position. I’ve been involved with Spin South West since its license application in 2006 and watched it grow into the brand it is today. We have very ambitious plans to build on our already considerable success and I look forward to leading the team in developing this dynamic business for the region”.