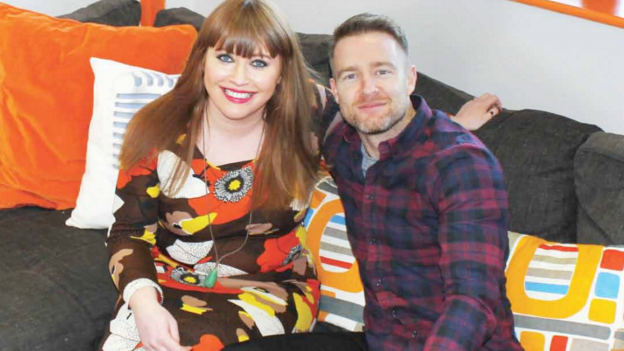 Aidan Power is teaming up with Oonagh for “Aidan and Oonagh in the Morning”, whilst Garry Curran joins drive time with Fionnuala.

Meanwhile, iRadio’s drive slot is changing with the official launch of “The Lift with Garry and Fionnuala.” Garry Curran joins drive time on iRadio full time, having made his commercial radio debut on the station with weekend and cover work.

Speaking about the changes, iRadio CEO Leigh Doyle told RadioToday this is a very exciting time for the station: “We’ve put a lot of thought into our two appointments, because we wanted to be sure we made the right choices,” he said.

“Both time slots are very important for iRadio and we’re confident we’ve got it right with “Aidan and Oonagh in the Morning” and “The Lift with Garry and Fionnuala”.

“Aidan Power is a household name with great talent, whose experience speaks for itself, and whose unique personality will be right at home in the morning on iRadio. Garry Curran is a shining example of talent that was nurtured right here in the station and someone who’s worked extremely hard to be where he is. We’re both proud and excited to recognise his hard work.

“I can’t wait to see the original, creative and engaging content everyone on both shows produce. I’m confident that along with our existing schedule, both new shows will help iRadio continue to hold its number one position in the market.”

“Aidan and Oonagh in the Morning” and “The Lift with Garry and Fionnuala” both kick off on 15 February.