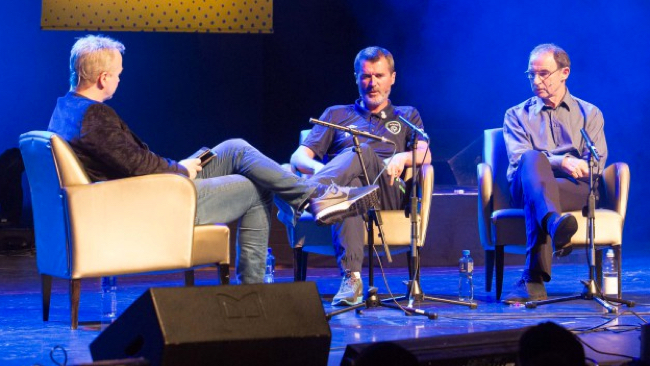 Today FM recently played host to a special night in Cork’s Opera House, in honour of the Republic of Ireland Euro 2016 squad.

They were there to wish ‘Bon Voyage to the Boys in Green’ with an evening of talk, music and comedy. The event, hosted by Today FM’s Matt Cooper, welcomed the Ireland players and management, in front of an audience of nearly 1,000 football fans on 1st June.

Walking on stage to a big applause, Martin O’Neill and Roy Keane sat down with Matt Cooper to look ahead to the European Championship in France and share their views on how they expect the ‘Boys in Green’ to fare.

Matt also spoke to FAI Chief Executive John Delaney during the two hour event before introducing the audience to Martin O’Neill’s 23-man squad. Callum O’Dowda also joined the players on stage and received a warm reception from the audience following his senior debut at Turner’s Cross.

As well as an evening of sport and all things Euro 2016, ‘Bon Voyage to the Boys in Green’ also featured performances from Gift Grub’s Mario Rosenstock, Today FM’s Dermot & Dave who debuted their own Euro 2016 song “Robbie Keane in a Limousine”.

Local band The Frank & Walters also performed and were joined on stage by Ian Dempsey for a cameo during their new single ‘Stages’.