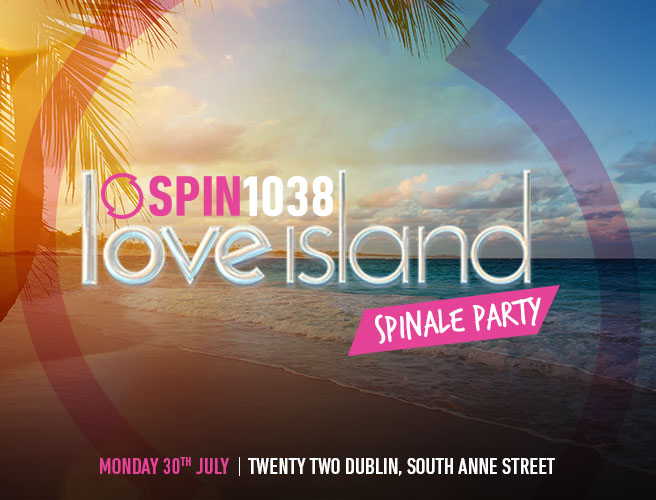 SPIN1038’s Graham and Nathan are to host a Love Island SPINalé Party to mark the end of this year’s Love Island.

The event, to mark the end of the series, takes place on Monday 30th July at Twenty Two Dublin, South Anne Street.

The Fully Charged presenters announced they are to throw the beach-themed event this morning, which will feature a live screening of the Love Island finale episode, a special Love Island panel discussion with games, complimentary food, complimentary Love Island inspired cocktails and loads of prizes and goodies throughout the night. While the final date for the series has not been officially confirmed, it is widely believed that Monday 30th July will be the finale date.

The idea for hosting the SPIN1038 Love Island SPINalé Party came to Graham and Nathan during their coverage of the series on their breakfast show. Graham, the self-acclaimed ‘Love Island Meme Lord’ has been a constant contributor to the public commentary around Love Island both on air and on social media while Nathan has become increasingly interested in the show as the series has played out- meaning both SPIN1038 presenters are excited to host the event and find out who this year’s Love Island winners are.

Listeners who wish to attend the exclusive Finale Party are encouraged to tune in to Fully Charged weekday mornings from 7am all this week and next for full information on the event. They can also register their interest to attend the event on the SPIN1038 website.