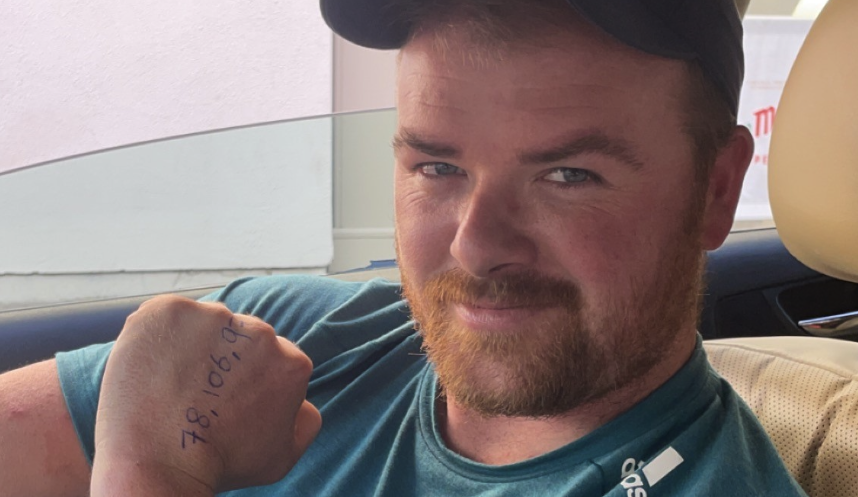 The SPIN South West Cash Machine was emptied by one listener on Tuesday afternoon.

Leigh Gamell walked away with €78,106.97, the most SPIN South West has ever given away.

The Cash Machine, which is played every weekday on SPIN Sout West asks listeners to take note of the daily cash amount given, text to enter and wait for that all important call. The winner must answer within 5 rings and repeat the exact amount down to the euro and cent.

The last few days has seen a number of unanswered calls meaning the Cash Machine amount has bene steadily growing to its highest ever amount this week.

Leigh told SPIN South West’s Fully Charged with Ed and Val that he’s entered the Cash Machine nearly every day, writing it on his hand and has only missed a day or two since it started. Leigh explained the winning moment, “two minutes before I was talking to the wife and said wouldn’t it be some great craic to win that, and I literally got the phone call after that.”

Leigh’s cool, calm and collected reaction to winning almost €80,000 had social media in a frenzy! One tweet read “he may as well have been told he won a fish!”. But Leigh revealed his wife wasn’t so calm, and couldn’t believe their luck. Ed and Val of SPIN South West’s Fully Charged joked around and asked him how he felt the morning after. Leigh explained how he was “afraid this morning that when he’d wake up it was actually all a dream.”